I am greatly indebted to the book “Prophetic Lament: A Call for Justice in Troubled Times” by Rev Dr Soong Chan Rah, in the writing of this piece.

The lyrics are a call-and-response between several voices, most prominently that of a grandmother telling stories to, instructing, and consoling her grandson. The grandmother describes images from her childhood, scenes of familial and fanciful connections to flora and fauna around her, juxtaposed with scenes of elders of her family labouring in the fields. Another brief but significant voice is that of an agricultural labourer’s sorrowful description of their labouring and the grief of being cut off from the fruits of their labour.

While the motifs of ancestry, land, nature, labour, relationships, development, oppression, and the purpose of life echo throughout this song—the overarching theme that functions as an umbrella to these motifs are that of bereavement and lament. The songwriter, Arivu, has described this song as emerging from his community’s experience of caste-based landlessness and labour under upper-caste landlords, as well as the largely caste-based displacement and plantation labour under colonial rule. This theme is one we cannot avoid, and must not conceal by assessing the song solely on its use of the language of celebration.

The lyrics deliver several critiques and make significant appeals to the listener. First, it establishes the need to examine received history and narratives, to see with fresh eyes— “What is this illusion you have cast for me, Grandma” “My Grandson, (you) will tell the story; I cannot find my glasses; you will bring them for me”. Things are not always what they are presented as being, there is a need to go and take glasses, to see with a fresh lens, and often to mediate the telling of history with the community. Second, it critiques the idea of “proper place,” in the first stanza juxtaposing the placement of animals in nature and society, with the placement of the elderly labourer in the field. The caste system is maintaining cosmic harmony and order, order that has variously been labelled Dharma, Natural Law, Divine Right, Logos, Tao etc. Third, is the critique of privileged status and exceptionality. We see this in the use of adjectives for jewellery and finery (minikum or glimmering) in the appearance of sweat-drenched labourers. So too with the celebration of soil and ritually unclean and caste-connected funerary drums, over and against more socially clean, consecrated and respectable objects. So too do we see a prophetic appeal for fellow lower caste folk to ride with celebration, mounting caste-forbidden elephants. Together, these present a bold, subversive, upside-down view of society. Finally, in the very last stanza is the, as an appeal to, “shake off the leech,” and to “strike and hit away as in the game of Gili Danda,” which can be readily read as an appeal for continued challenge of the demonstrably ungodly Cosmic Order of privileged status and exceptionality.

In the scriptures, a text synonymous with the expression of lament, is the aptly named Book of Lamentations. Lamentations was written by Jeremiah in the shadow of the destruction of Jerusalem and the exile to Babylon in the 6th century BCE. Lamentations consists of five chapters of acrostic poems, based on the 22 letters of the Hebrew alphabet. The first poem is written in the form of a funeral dirge. It employs two distinct voices: the voice of an unidentified observer, and the voice of Jerusalem personified as women in different situations of social disgrace. The second poem employs the form of a city-lament, and LORD, not Babylon, is repeatedly affirmed as the ultimate cause of this calamity. We hear an extraordinary range of voices from those of priests to those of wounded children. The third poem moves from funeral dirge and city lament to a personal lament, with the prophet-narrator mourning in the first-person singular and then calling for open confession of culpability, while including himself among the culpable by using the collective “we”. The fourth poem emphasizes the physical streets of Jerusalem and the physical bodies of the deceased, describing the plight of helpless infants as well as the pitiful condition of the privileged groups of the wealthy and of Nazarites, formerly held in high esteem for their wealth and for their religiosity and consecration, respectively. The fifth poem is a corporate prayer, placing hopes on God’s mercy, and casting aside all notions of triumphalism and exceptionalism of the community. Lamentations provides us with no definite resolution; the book ends with no clear hope or happy ending, it is open-ended and makes no prediction, hopeful or otherwise.

We can see several parallels across Enjoy Enjaami and Lamentations: employing a variety of voices, challenging wealth and privileged religious status, challenging ideas of proper place and community/culture/civilizational exceptionalism. Both also call for us to look at history and the present, and proclaim in our lament the full unsterilized story. Both seek to identify the ungodliness and sin behind suffering, be it that of one’s community, or the ungodliness of triumphalist communities of privilege.

Lamentations points to the need for lament that is long overdue, the need to examine history, to tell the story of sin, to express truth at the cost of shame; to not evade the risk and the price of a critique of privileged status and exceptionalism, or obscure or shy away from a confession of culpability for ungodliness, even that of the community of the people of God.

Enjoy Enjaami appeals for lament of a strikingly similar character, albeit communicated in a more concealed and apocalyptic manner. Both call us, the people of God, into a lament that includes a diversity of voices, especially the voices of women, and calls for honest confession and repentance, while offering the merest flicker of prophetic hope for a world not ordered by ungodly values and power, of an upside-down world to come. 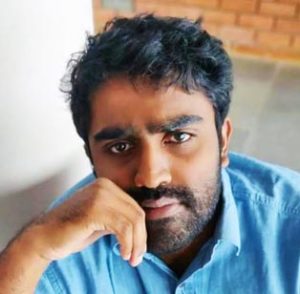