In India, Children’s Day is celebrated on 14th November every year, as a tribute to the birth anniversary of the country’s first Prime Minister, Pandit Jawaharlal Nehru. Also known as ‘Chacha Nehru’, he was greatly fond of and had immense love and hope for the children of the nation. One of Nehru’s famous sayings about children is “The vast army of children across the world, outwardly different kinds of clothes, and yet so very like another. If you bring them together, they play or quarrel, but even their quarrel is some kind of play. They do not think of differences amongst themselves, the difference between class or caste or colour or status. They are wiser than their father(s) or mother(s).” This essence of children can be seen in the world’s most famous animated series about a little girl named Heidi, and the relationship she shares with her friends.

Heidi, Girl of the Alps, is a 1974 Japanese television series that is popular worldwide even today. Heidi is five years old when her aunt, Dete, takes her to live with her grandfather in the Swiss Alps. The grandfather, Alm-Onji, is a fierce, stubborn and godless old man. He is loathed by the villagers of Dorfli. He lives a reclusive life with his dog, Josef, in a hut halfway up the mountain. However, the child, Heidi, wins his heart with her curiosity, enthusiasm, intelligence and innocent laughter. He blossoms into a human again upon Heidi’s arrival. The carefree and bubbly young child wins the heart of whomever she meets, be it her friend Peter’s blind old grandmother or the rich German household in Frankfurt. She even befriends the animals, birds and insects. Joy seems to follow the little young girl.

She is filled with awe, wonder and amazement at everything around her. The beautiful yellow-orange colour of the mountain at sunset, the sound of the fir trees, a haunted house without a rooftop, the smell of hay, the beauty and fragrance of flowers, milking of goats, cheese making, snowfall, sledging, a hat and a candy. The tiniest and simplest thing in life excites her.

She shares a beautiful friendship with Peter and Clara. The bonds of love and friendship between the three children is heart-warming and delightful. Their nature and relationship demonstrate the words of Jawaharlal Nehru above. The three are best of friends irrespective of their age, gender, status and intelligence.

As we grow older, we seem to have lost the wonder, enthusiasm, curiosity and excitement for life we once had as children. Our goals and responsibilities seem to have clouded our sense of appreciation for the simple and little things in life. As we journey in life, we leave behind our imagination, keenness, zeal and innocence. Life becomes monotonous as we advance in years. Our carefree spirit, vulnerability and credulity transition into fear, scepticism and sometimes unjustified mistrust of people including our loved ones. Sadly, even our friendships oftentimes are disingenuous and cynical. We even bring in our cultural, intellectual, class and status differences in between friendships. Nehru also says, “….but they gradually forget that essential thing to be human and kind, playful and make life richer for ourselves and others.”

As adults, we ought to learn humility and vulnerability from children. We are to be teachable, susceptible to corrections and also humble enough to acknowledge our flaws and ignorance. Children also teach us to let our guards down and show our vulnerabilities. In doing so, we can help one another and build each other up. The three children in the series are not afraid to show who they really are and therefore, are able to encourage and strengthen each other. And, like Heidi, we can be thrilled and joyous and also appreciate the simple things we see around us. 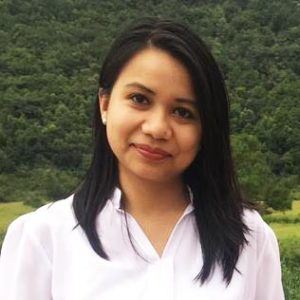 Phidakerlin Warjri is currently pursuing her M.Div ( Masters of Divinity) at the South Asia Institute of Advanced Christian Studies (SAIACS), Bangalore. She has completed her B.Sc. in Biochemistry from St. Anthony’s College, Shillong and, M.Sc. in Biochemistry from NEHU, Shillong. She also has a B.Ed. degree from PGT(CTE) College, Shillong. She loves to have deep and meaningful conversations with people and has a passion for teaching. She lives in Shillong.